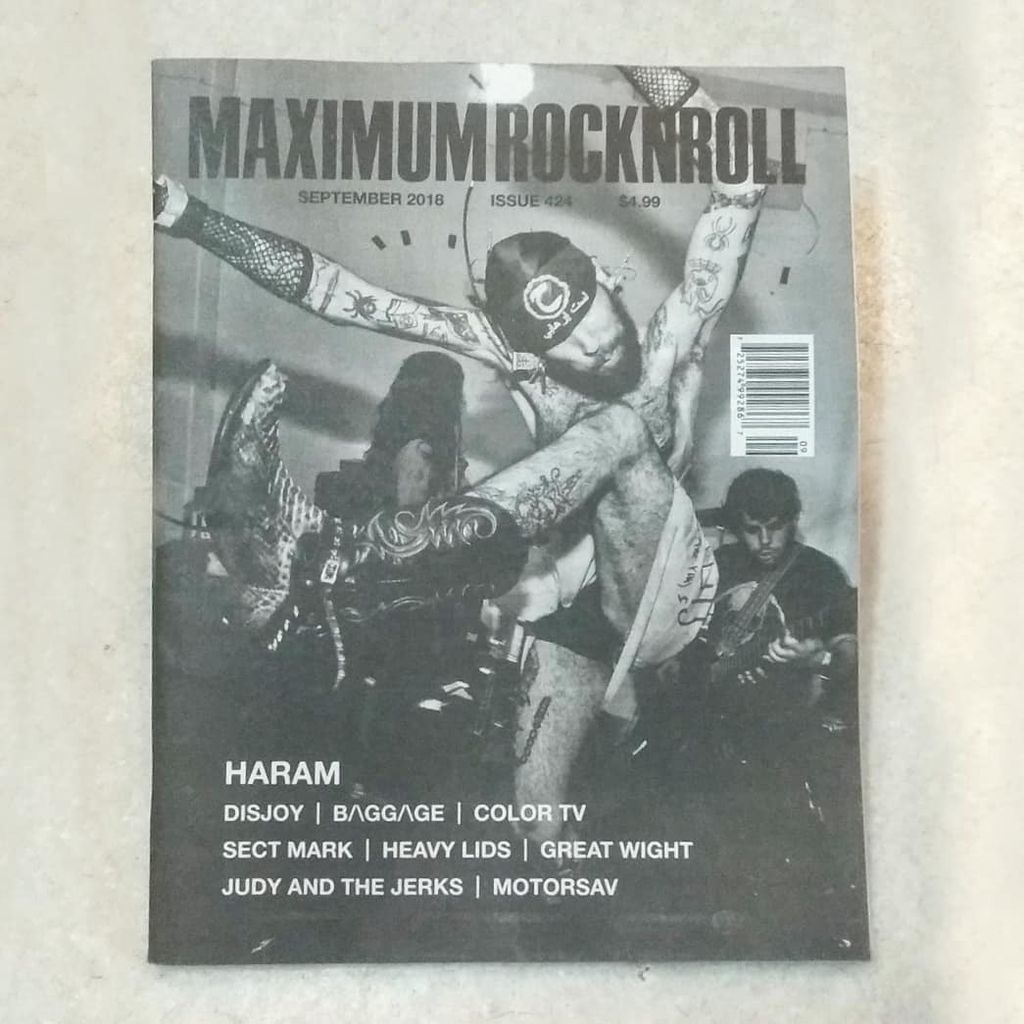 Issue #424 (September 2018)
In this issue, we’ve got NYC bands HARAM on the importance of having challenging conversations and GREAT WIGHT on finding a sense of belonging. COLOR TV of Minneapolis/Portland discuss the trials of being a long-distance band, while HEAVY LIDS, JUDY AND THE JERKS, and MOTORSAV dish on the character of their hometowns of New Orleans, Hattiesburg, and Copenhagen, respectively. Hint: only one of them has Mardi Gras. Italy’s SECT MARK has a concept album about suicide, Olympia’s B/\GG/\GE write about the importance of keeping queer and trans people safe, and Cardiff’s DISJOY has a new album dedicated to the memory of a member’s father, who died in an accident while helping build a DIY space. Oh, and they’re not a “Dis-band.” We’ve also got a tribute to the dearly departed Steve Soto,