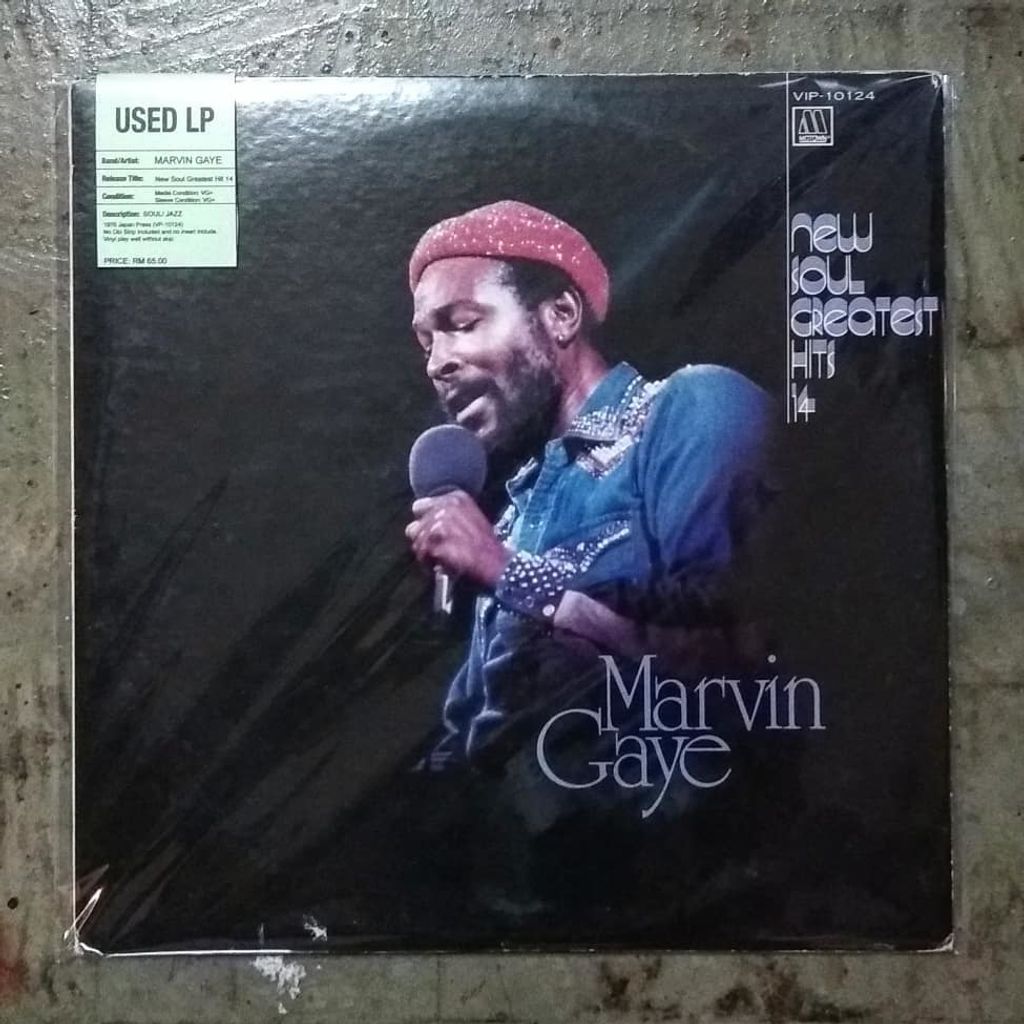 NO OBI STRIP AND INSERT INCLUDED

MARVIN GAYE was an American singer, songwriter and record producer. Gaye helped to shape the sound of Motown in the 1960s, first as an in-house session player and later as a solo artist with a string of hits

During the 1970s, he recorded the albums What's Going On and Let's Get It On and became one of the first artists in Motown (joint with Stevie Wonder) to break away from the reins of a production company. His later recordings influenced several contemporary R&B subgenres, such as quiet storm and neo soul.