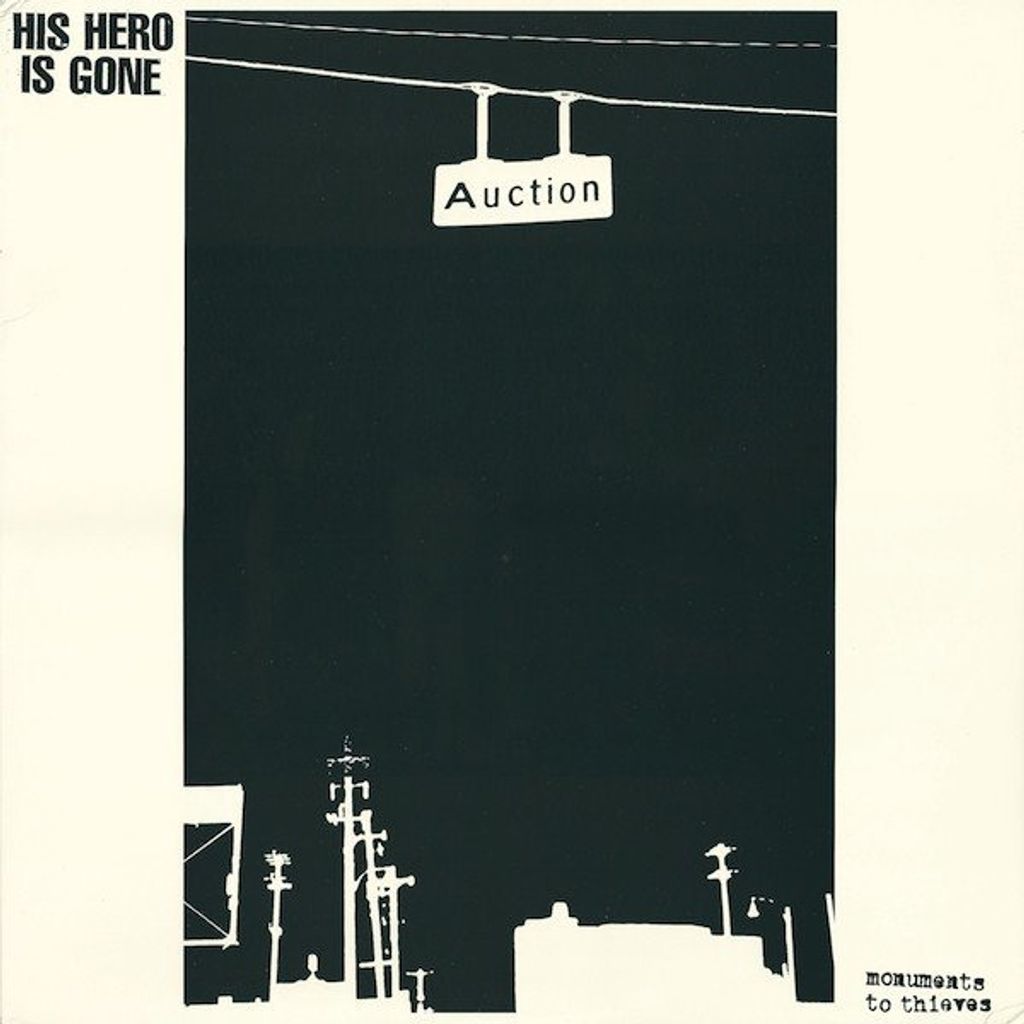 • His Hero Is Gone "Monuments to Thieves" LP

Memphis, Tennessee’s HIS HERO IS GONE’s quick sophomore follow up to 15 Counts of Arson could be seen as a refinement, a continuation or a reflection of the first, as it volleys another 15 songs of intense down tuned hardcore blasting fast with riveting drumming, pounding bass and stopping briefly on somber dirge to launch direct lyrics about technology, oppression and Institutionalized racism of their hometown. Eleven years after the albums 1997 release, Memphis’s Auction avenue, featured on the front of record, was renamed in honor of Memphis Civil rights lawyer and businessman A.W. Willis Jr. . Despite this, Progress avenue, on the back, is still a dead end street. Members of HIS HERO IS GONE went on to play in DIMLAIA, CALL THE POLICE, TRAUMA, TRAGEDY, DRAIN THE SKY, WARCRY, SYNDROMES, CRIMINAL DAMAGE, NIGHTFELL., DEATHREAT and SEVERED HEAD OF STATE. This is it’s first pressing since 2011, 555 pressed from the original plates at RTI record technology.