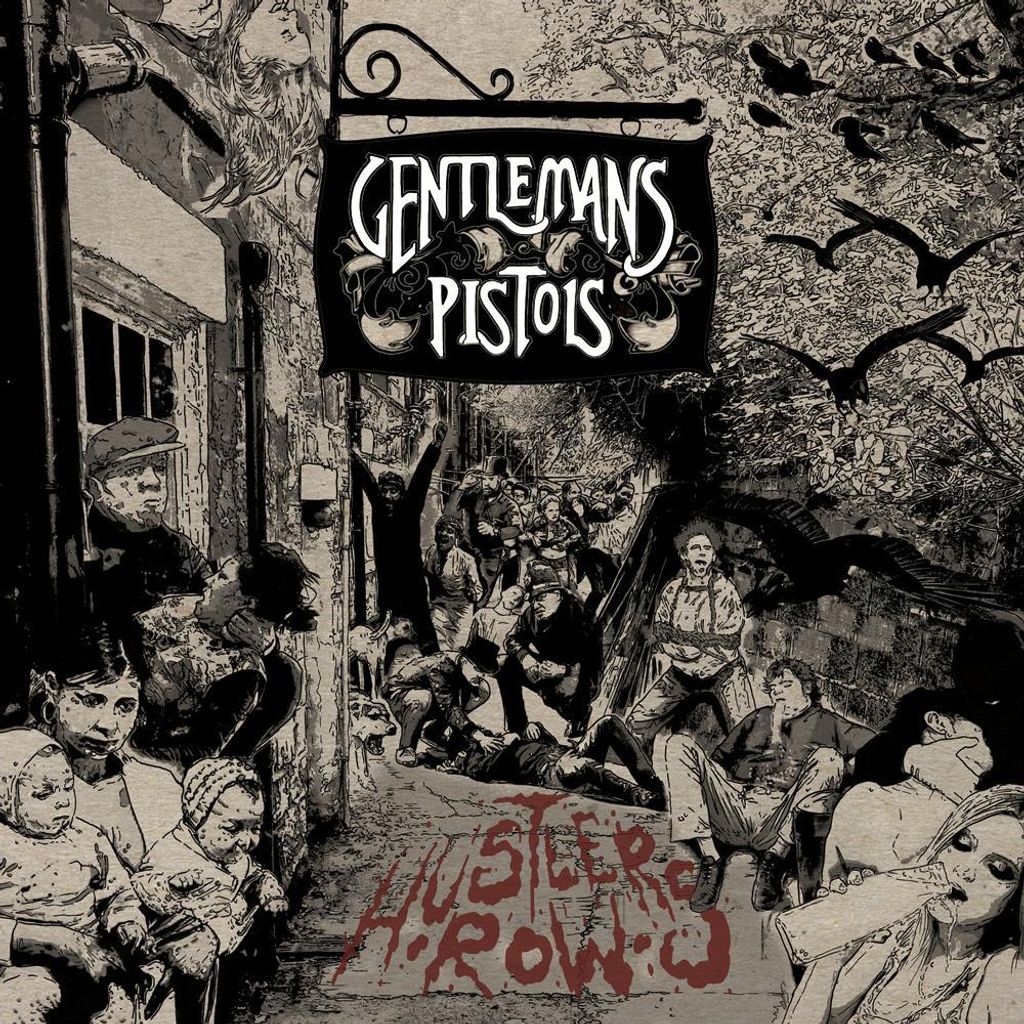 Black vinyl in a gatefold sleeve. The balance between this intimacy and the more expansive sounds which are prevalent here make »Hustler's Row« perhaps the best album of the band's career to date. It's all based on an evolution of their sound and style, rather than a radical overhaul. “We've accentuated the melodic aspects, yet all this had been done without losing sight of the importance of the riff to our sound.” You can hear the way this all comes to fruition on the vocal harmonies which run throughout. “For me, one of the biggest strengths here are the vocal harmonies,” adds Steer. “Atko spent a lot of time getting these right, and has come up with different kinds of harmonies. He also showed how he could sing softly when the occasion demanded it, yet was also not afraid to really belt out the vocals if required.” Another notable aspect of the album's sound comes from the dual guitar work between Atkinson and Steer, which brings to mind classic WISHBONE ASH. “What drew Atko and I together in the first place was a love of the same music,” informs Steer. “We'd sit around drinking, and listening to THE SWEET singles B sides. And also to WISHBONE ASH. We've taken from them the natural feel for our music. It's just plug in and play.” “Bill and I did sit down and talk about what would work guitar wise with the songs,” relates Atkinson. “For instance, on 'Devil's Advocate On Call', we thought it would be good to have a harmonised solo. And what Bill came up with was perfect.”