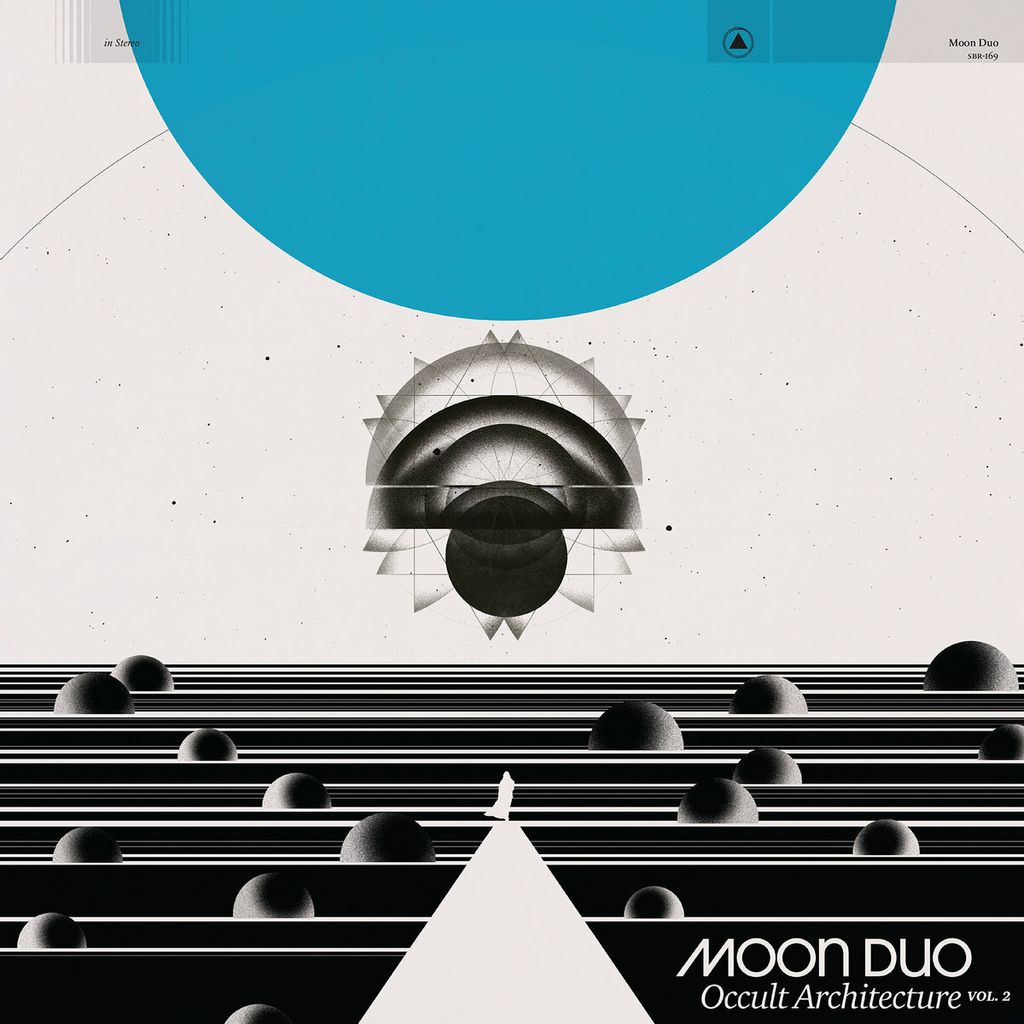 Black Vinyl
Meaning all things magick and supernatural, the root of the word occult is that which is hidden, concealed, beyond the limits of our minds. If this is occult, then the Occult Architecture of Moon Duo’s fourth album - a psychedelic opus in two separate volumes released in 2017 - is an intricately woven hymn to the invisible structures found in the cycle of seasons and the journey of day into night, dark into light.

Offering a cosmic glimpse into the hidden patterning embedded in everything, Occult Architecture reflects the harmonious duality of these light and dark energies through the Chinese theory of Yin and Yang. Following the Yin (feminine, darkness, night, earth) represented on Occult Architecture Vol. 1, Vol. 2 presents the Yang.

Yang means “the bright side of the hill” and is associated with the male, sun, light and the spirit of heaven, and as such Vol. 2 explores the light and airy elements of Moon Duo’s complex psyche.

“In production we referred to Vol. 1 as the fuzz dungeon, and Vol. 2 as the crystal palace,” guitarist Ripley Johnson explains. “The darkness of Vol. 1 gave birth to the light of Vol. 2. We had to have both elements in order to complete the cycle. We’re releasing them separately to allow them their own space, and to ensure clarity of vision. To that end we also mixed Vol. 2 separately, in the height of Portland summer, focusing on its sonic qualities of lightness, air, and sun. Listeners can ultimately use the two volumes individually or together, depending on circumstance or the desired effect.”

Vol. 2 was mixed in Portland by the band’s longtime collaborator Jonas Verwijnen.