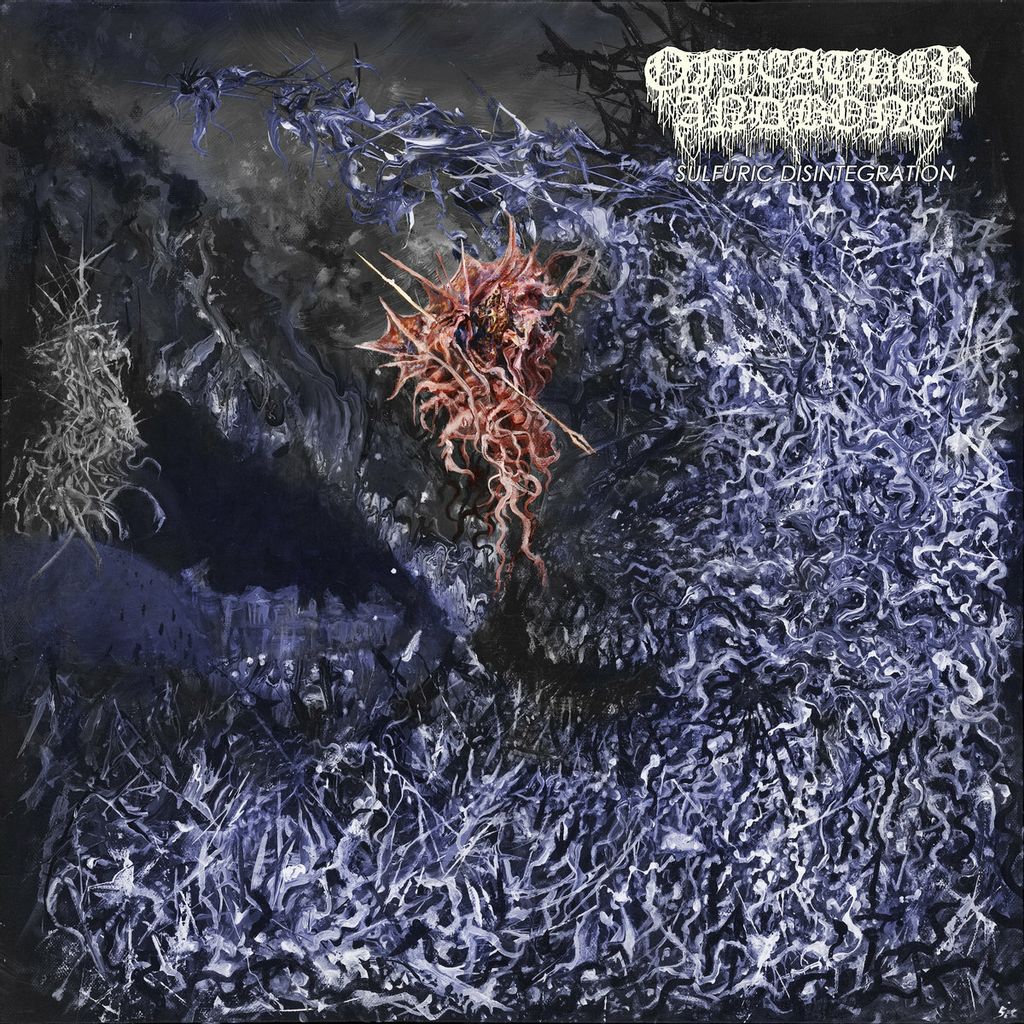 
The new album from death metal outfit OF FEATHER AND BONE, “Sulfuric Disintegration” (out on CD/LP/Digital Nov 13), sees the Colorado power-trio deliver their most brutal, dynamic, and punishing album to date. Following up 2018’s “Bestial Hymns Of Perversion”, an album which signaled a new paradigm shift for the band and saw the band get the worthwhile recognition deserved through acclaim and notable touring cycles (the band being recognized for their devastating live performance), bringing a new sense of awareness to the band. “Sulfuric Disintegration” takes OF FEATHER AND BONE’s intensity and aura to the next level.

With not only delivering a more dynamic and complex musical vision that balances the genres of pure dark death metal, blistering grind, and unrelenting bestial metal, “Sulfuric Disintegration” sees OF FEATHER AND BONE become the full-on sonic killing machine that one was given a mere glimpse of with their past works. Not only is the sound on “Sulfuric Disintegration” more devastating than anything done previously, but the tighter and warmer production courtesy of a lethal mix and master executed by Arthur Rizk (tracking was done at Juggernaut Audio by Ben Romsdahl) gives the band their deadliest sounding album yet.