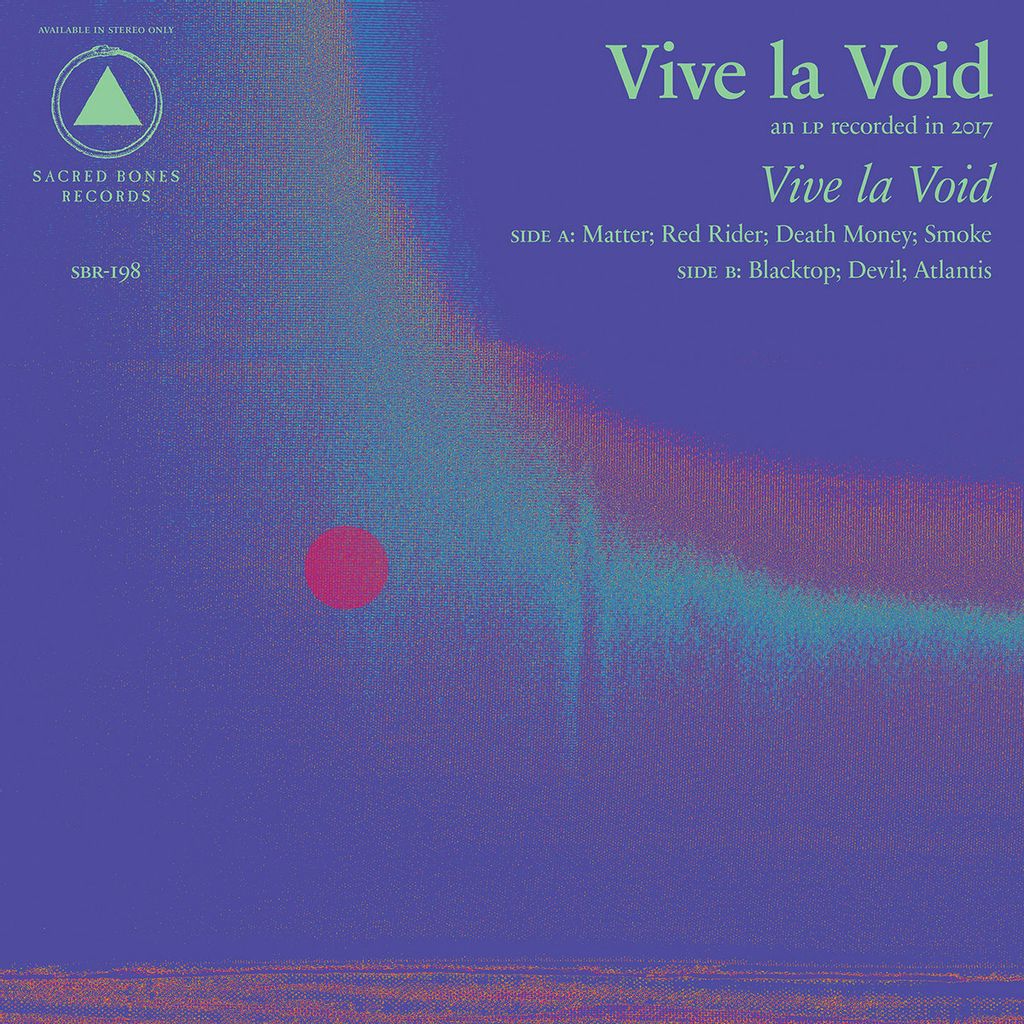 
Black Vinyl! Vive la Void is the new solo project of Sanae Yamada, co-founder and keyboard player of Moon Duo. Yamada wrote and recorded the self-titled debut album over roughly a two-year period, during windows of downtime in Moon Duo's substantial touring and recording schedule. The dense, shape-shifting atmospheres of the seven songs grew out of late-night basement experiments in the layering of synthesizer tracks, a process that also led to meditations on the changeable nature of memory and perception. The result is an undulating blend of ethereal swirl, low end thrumming, and electric crackle, buoyed by Yamada’s understated but captivating vocal melodies and her striking lyrics.

“The lyrics were a way of reckoning with my own memories and also of trying to process my reactions to the human situation,” Yamada explains. “I wanted the voice to have a kind of ghostly quality, to emerge from and recede back into the song, or to pass over it like weather. It's one of many layers of sound, which are meant to blend together in such a way that on one listen you might hear one thing, and on another listen you might hear something else, so the music seems to change even as it stays the same.”

Yamada has spent the last decade as a working musician, moving between semi-permanent home bases whenever she isn’t living in a tour van. In some ways, then, it feels inevitable that Vive la Void became a meditation on the strange rhythms of long-term touring, constant relocation, and the accompanying stream of brief but compelling encounters. It’s a testament to her empathy and creativity that these songs feel both specific and universal, familiar yet tantalizingly unknowable.